Interview with Levan Kakava, the New President of IOTA

As you may have heard that the 26th IOTA General Assembly appointed the Georgia Revenue Service as the next Presidency of IOTA for the period 2022/2023. Marc Bugnon, former President of IOTA handed over the IOTA flag to Levan Kakava, the Director General of Georgia Revenue Service during the flag handover ceremony at the 26th General Assembly this June in Zurich, Switzerland, making Levan Kakava the new President of IOTA for the one-year term. Traditionally, the flag is handed over to the newly appointed Presidency during the General Assembly.

In this interview Levan Kakava reveals some interesting milestones about his professional life, his work and role within IOTA, as he shares his thoughts about the priorities of the Georgian Presidency, and more.

Erika Szabo/IOTA Secretariat: Can you briefly introduce yourself?

Levan Kakava/President of IOTA: Hello or Gamarjoba, as we say in Georgia! I am Levan Kakava and current Director General of Revenue Service of the Ministry of Finance of Georgia and President of IOTA. I was born in a beautiful region of Georgia that is unfortunately temporarily occupied by Russia – Abkhazia. When I was a young boy, I, my family and many others had to leave our homes and our joyful life and childhood was over. All of us had to start a new life away from our homes and live a life of an internally displaced person, which is full of difficulties and challenges, but as you can see I am here and confirm the words that “what does not kill you, that makes you stronger.”

ES: How would you describe yourself in one word?

ES: So, Levan, what is your story? How did you get into taxes?

LK: In 2014 I was appointed as the Head of the Investigation Department of the Investigative Service under the Ministry of Finance of Georgia. This is where I first became familiar with tax matters, but as you can understand from a bit different perspective. There I was working on tax offenses for several years and was dealing with the criminal tax investigation cases. In 2019, just few months before the breakout of pandemic, I was appointed as Director General of the GRS. That’s my career journey in two words.

ES: What is your job at the Georgia Revenue Service?

LK: My job is to transform Revenue Service into the tax administration of future, by enhancing data-driven and change-oriented management system.

ES: What is the last thing you have learned on the job?

LK: I believe there is no end to learning and finding something new about yourself or the world around you. For example, recently I have learned that I can be a President of a successful, prominent and young organisation, such as IOTA!

ES: Why did the Georgia Revenue Service apply for the IOTA Presidency?

LK: GRS became a member of IOTA in 2004. And throughout the years we’ve been actively involved in all activities of the organisation. I believe that our contribution during past years in different directions gave us confidence in ourselves to try a new role, a greater role in development of IOTA and thus all its members and observers. I am sure, I and my team that backs me, will do a successful job together with all members and secretariat, of course.

ES: What makes the Georgia Revenue Service really special in this role?

LK: The answer is simple, Georgia Revenue Service is the youngest tax administration to try itself on the position of Presidency for the first time.

ES: Will you get a dedicated team to help you in handling the IOTA Presidency?

LK: Of course. I already have an experienced and motivated team of professionals. They will help me to bring as much benefit as possible to IOTA. We will offer more news to the IOTA team and member tax administrations.

ES: When entering this position, what would be the Georgia Revenue Service’s top three priorities and how would your administration achieve them?

LK: Our priorities would be: 1. Digital Transformation; 2. Institutional strengthening of IOTA. 3. Offering new tools. Our main goal will be to make IOTA more affordable, accessible, and open. As a President, I have to do my best and use this opportunity to achieve goals that we set together within our team.

ES: What are some major challenges in the future of tax administrations?

LK: The biggest challenge is again digitalisation, e-commerce, and globalisation. My goal is to establish a way how we convert these challenges into opportunities.

ES: Why is IOTA important now and in the future, in your view?

LK: IOTA is a unique platform for all its member tax administrations – it’s an open door for our employees. During the workshops, our employees have an opportunity to talk/share their thoughts with their foreign colleagues on achievements and challenges. It is a good networking platform for all administration staff. Now we can say that we have defeated the pandemic and with new energy and motivation we could use IOTA’s capacity and potential even more efficiently for achieving our goals. So, now we need to feel this moment and start hard working, organizing many workshops, conferences and interactions to be proactive and even more collaborative.

ES: What motivates you the most and what goals you would like to achieve during the one-term year?

LK: To me, as a manager, it is very important that the members of the team have a feeling that their job is very important and what we do will affect millions. I will try to make sure that the confidence of our employees increases. Continuing the legacy of my predecessors as well as leaving a strong new legacy for next presidents would be my ultimate goal, because without past there is no future.

ES: What will be the next in the series of events where IOTA members can meet and have a conversation with you?

LK: Together with my team, I am working on new initiative that hopefully would enable hosting the DGs and Commissioners in Georgia, in semi-formal situation where we could do some social activities as well as plan the working steps for our administrations. This idea is bit premature now, but hopefully soon we could announce it.

ES: And one extra question at the end of the interview: What was the last gift you received from someone?

LK: It may sound a little pathetic, but I consider the letters of thanks received by our citizens at work as a gift. Also positive evaluations received from international partners for a number of successfully implemented projects.

Thank you very much for the opportunity to introduce myself, I wish you success and progress! 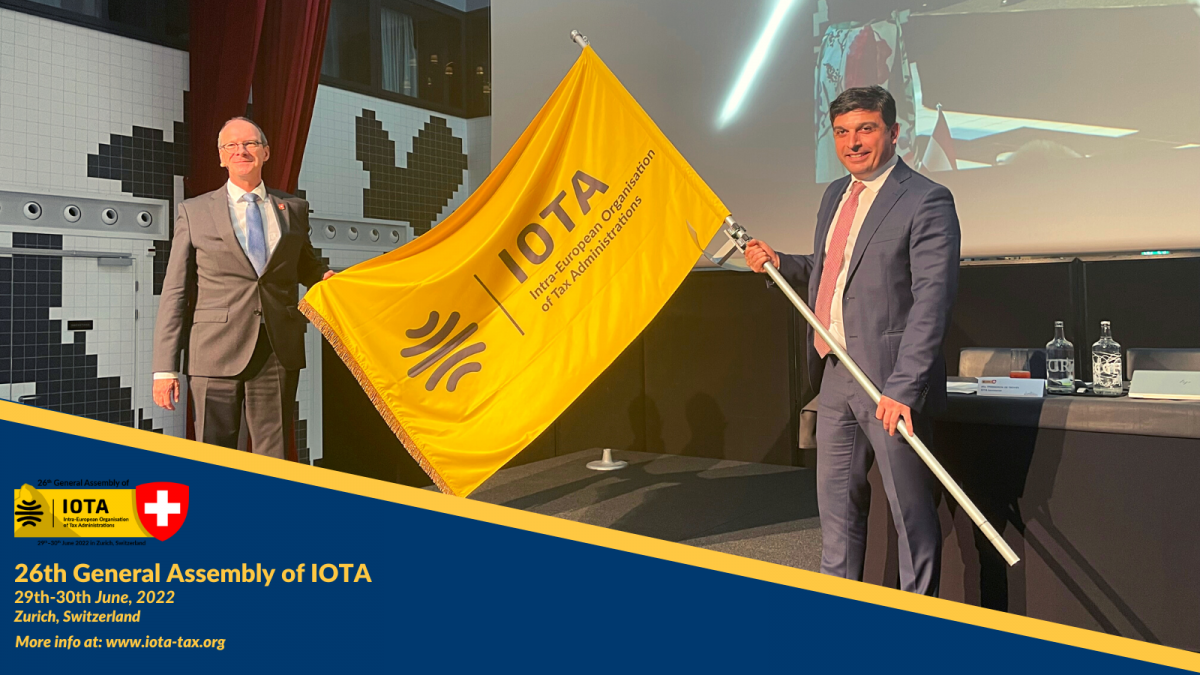